Our team is comprised of industry veterans, each with over three decades of experience. We are passionate, excited, and committed to our work – we love what we do, and that’s reflected in the service and experience we deliver to our clients. 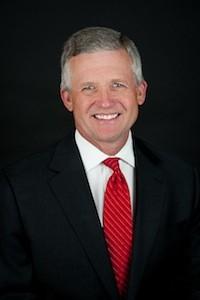 Founding Partner & Principal
Dave retired as a managing director at Merrill Lynch in 2007, where he personally hired, trained and managed over 500 financial advisors over 27 years. He has worked with over 100 individual million-dollar and multimillion-dollar advisors, including five of Merrill Lynch’s top 30. His responsibilities included:

During his management career, Dave was recognized numerous times for being one of Merrill Lynch’s top national managers. While at Merrill Lynch his advisor training programs had a consistent success rate significantly higher than the industry average.

Dave holds a BA and MBA from the University of Georgia, and has attended the Executive Leadership Program at The Wharton School at University of Pennsylvania. Dave is an avid mountain bike rider and skier. He and his wife Cynthia have 4 children and reside in Denver CO. 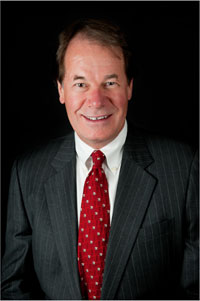 Principal & Partner
Jim retired from Merrill Lynch after a 30-year career, which included 20 years in management and leadership roles with responsibility for markets in Chicago, Albuquerque, Seattle, and San Francisco. During his tenure Jim was recognized as one of the top three managing directors in the Global Wealth Management Group and worked closely with Merrill Lynch senior leadership as the National Sales Manager for the firm’s Western Division based in New York City.

Following his retirement from Merrill Lynch, Jim spent several years in the independent advisory (RIA) channel of the wealth management industry before joining Altius Learning in 2012. A graduate of the University of Washington’s business school, Jim maintains certification as a Certified Investment Management Analyst.

An avid skier, Jim is married with two children and lives in Park City, Utah. 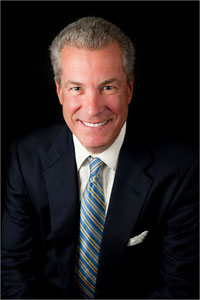 Principal
Carl spent 23 years with Merrill Lynch.  Following his graduation from The College of William and Mary he began his Merrill Lynch career in the Corporate Intern Program located at the firm’s world headquarters in New York.  Subsequently he became a financial advisor at the famous “WK” branch in Washington DC.  Carl excelled as a top advisor for seven years before moving into management in 1988. He later worked in several different locations:  Lawrenceville, NJ, Rockville, MD and Tyson’s Corner, VA before he assumed leadership of the highly ranked (#2) Washington, DC, “WK” Office.

During his management tenure, Carl was recognized on four occasions for being one of Merrill Lynch’s top national managers.  He served on the Managers Advisory Council to the President of Merrill Lynch.

In the summer of 2003 Carl left Merrill Lynch to become one of the founding partners of a new specialty finance firm, Concord Capital in New York.  For over six years Carl led Concord’s sales efforts, marketing the firm’s premium finance capabilities to over two dozen of the top insurance distributors in the U.S. During this time his efforts generated over $1.5 billion in face value of life insurance sales. 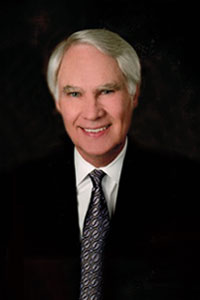 Principal
Bobby joined Merrill Lynch in December 1968 as an Account Executive in the Baton Rouge, Louisiana office. He entered the Merrill Lynch management program in 1976 and had leadership responsibilities for offices in Dallas Texas, Columbia South Carolina, and Houston Texas. During his tenure in the Houston Complex it became the third largest complex in Merrill Lynch with over $130MM in revenue and in excess of $22 billion in assets. Bobby recruited and opened the first Private Wealth Office serving high net worth clients in Merrill Lynch.

In December 2006, Bobby retired from Merrill Lynch ending a career that had spanned 38 years with 30 years in management.

In November 2010, Bobby joined Advisors Asset Management as a consultant and eventually he became President of the IBD/RIA Sales Division. He retired from AAM on December 31, 2013.

Bobby graduated form Louisiana State University with a Bachelor of Science in Business Administration in 1963. His senior year he was captain of the LSU baseball team, was chosen the Outstanding Senior in the College of Business and served as Corps Commander of the combined Army/Air Force ROTC units.

Bobby was inducted into the LSU College of Business Hall of Distinction in 2001 and is the past Chairman of the LSU Tiger Athletic Foundation.

Bobby and Janet live in Dallas and have two children and a granddaughter. 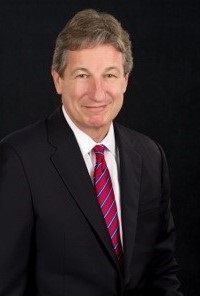 Principal
Peter’s career in Financial Services spans more than 34 years, and includes the management, coaching, and professional development of over 1500 advisors at two major firms.

He began his career in 1981 with Merrill Lynch as a Financial Advisor in Baltimore, Maryland, and, over the next 24 years, successfully progressed through the various positions of Producing Sales Manager, Sales Manager, Resident Manager, and Resident Vice President/Complex Manager. His management career started as a Sales Manager of their World Headquarters office in New York City, and progressed to that of Resident Vice President of the Northern Virginia Complex, a top 10 office for the firm at the time.

After retiring from Merrill Lynch in January of 2004, Peter joined Oppenheimer & Co. Inc. as Managing Director of National Sales with specific responsibility for Professional Development for the firm’s 1400+ advisors. At Oppenheimer, he established the Professional Development Department, including an internal website, a large library of turnkey solutions, whitepapers, and presentations pertaining to all aspects of Practice Management. Working with the firm’s advisors and managers through group workshops and peer group forums, Peter developed a keen understanding of the habits, traits, and best practices of some the most successful advisors in the industry.

His passion is to continually share those best practices with all advisors, and to find innovative ways to encourage them as they excel to new levels they never thought possible.

Peter attended The Choate School, and graduated from the Robins School of Business at the University of Richmond. He is an avid skier, outdoor enthusiast, and guitar player and lives with his wife Lee in Atlanta, GA.

Principal
Frank spent the last 32 years in the financial services industry with Prudential Securities and Merrill Lynch, where he retired in 2014.  He served in a variety of positions during his tenure; Financial Advisor, Associate Manager, District Sales Manager as well as Complex Director.  His leadership roles had market responsibilities in Southern Louisiana, Southern Mississippi, the Carolinas, Central New Jersey, the suburbs of Philadelphia and the State of Delaware.  In those assignments he had the opportunity to work with and coach many of the firm’s largest and most successful Financial Advisors and Teams.

At Prudential Securities he was named to the Branch Management Advisory Council and also recognized nationally for performance as one of Merrill Lynch’s top Directors.  Frank had the privilege of serving the New Orleans Complex during, and in the aftermath of Hurricane Katrina and received the Firm’s Responsible Citizenship Award for his leadership.  He was featured in Research Magazine with a story about this formative career event.

Frank is a graduate of The Pennsylvania State University, State College, PA and is an active mentor of their undergraduate students in the College of Liberal Arts.  He also attended The Securities Industry Association Branch Management Leadership Institute at the Wharton School, University of Pennsylvania in Philadelphia.

Frank and his wife Jill live outside of Philadelphia in Malvern, PA and have four adult sons.

Alane joined Altius Learning as a Principal in early 2017 after retiring from Merrill Lynch/Bank of America as a Managing Director. Alane’s primary role with Altius Learning is to provide coaching to advisors & teams.  She helps advisors gain control of their practice, acquire new clients and assets.  Her coaching allows advisors to breakthrough performance plateaus, boost self-confidence and improve work life balance. Alane has a passion for helping all advisors reach their full potential especially women and diverse individuals.

Alane spent the first 20 years of her career as a Financial Advisor in New York City and Princeton, NJ. In 2003 she transitioned to a leadership role as a Managing Director for various markets including Greater Atlanta, Atlanta Buckhead and Western Pennsylvania.

In 2013 Alane served as the Southeast Division Executive for Preferred Banking leading a team of Financial Solution Advisors delivering banking, lending, credit and investment solutions. In her various roles, she gained tremendous hands on experience helping advisors and clients achieve their life goals.

Alane graduated from Pace University in New York City. She resides with her husband in Santa Rosa Beach, Florida. They have two daughters, Morgan and Cornelia.

While at Merrill Lynch, Frank also served as assistant to the Director of the Tri State United Way Campaign in New York City.  Additionally, he assisted Merrill Lynch’s then Chairman Don Regan, working on the Campaign to elect Daniel P. Moynihan to the US Senate in New York.

Frank is a graduate from Vanderbilt University and in 1998 earned the Certified Financial Planner designation.  Frank writes, reads, plays golf and tennis, and travels with his wife and family in his spare time.  He is active in the Hershey, PA community serving on several boards.  He currently lives with his wife, Mary in Hershey, PA. They have 3 children, Hannah, Clare and Francis James.

Scott began his career in the financial services industry in 1995 as a Merrill Lynch FA in Orlando Florida. He spent 8 years as an advisor and assumed leadership roles as a producing branch manager and sales manager.

In 2003, he entered the Merrill Lynch Leadership Program and was assigned to Philadelphia. He subsequently held Complex Director roles in Southern New Jersey, Northeast Ohio and Kentucky. During these assignments he was fortunate to work with, coach and lead some of Merrill Lynch’s largest FA’s and teams.

Scott earned a BBA from Stetson University in DeLand, FL. He and his wife, Maureen reside in the
Lexington, KY area. They have two sons, both graduates of the University of Kentucky. In his spare time, Scott enjoys reading history (Lincoln, Churchill, Grant, etc.), golf, bourbon and any sports played by the Kentucky Wildcats.

Missy truly understands a financial advisor’s mindset and how they can best grow their practices. She has participated in our intensive workshop and knows how successful results based coaching accelerates success.

Missy is on the Glendorn Foundation Board, the Denver Foundation Impact Investing and Philanthropic Services committees and is a past board member of Denver Academy.  She is the co-founder and past VP, Treasurer of Women in Energy in Denver. She self-published Gotta Go Now: From More Joy in Your Job to Changing Careers. 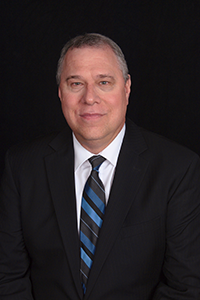 Mark earned a bachelor’s degree in Accounting from The University of Utah and a Master of Business Administration degree from Utah State University. Mark also maintains his license as a Certified Public Accountant. In his spare time, he likes to read history and biographies. He also enjoys hiking and travel with his wife Lori. They have four children. He and his wife live in Francis, Utah.

Administrative Manager
Christine graduated from the David Eccles School of Business at the University of Utah in 2008 with a degree in economics.  Shortly after graduating she started her career as the merchandise buyer and retail manager for Park City Mountain Resort.  She was responsible for managing a team of 12+ associates with annual sales of over $1.5 million dollars.  After 14 years in the ski industry, Christine decided it was time for a change in her career and joined the Altius Learning Team as the Administrative Manager for the Park City office in January of 2016.

Christine enjoys the outdoors and embraces all the adventures Utah has to offer.  She lives in Oakley, Utah with her husband and two daughters.

Ashley graduated from The School of Hospitality Business and The Honors College at Michigan State University in 2016. After working for luxury resorts in the British Virgin Islands and Park City, UT, Ashley decided to step away from the hospitality industry and joined the Altius Learning Team in April of 2021 as an Administrative Manager.

Ashley has a passion for travel and enjoys skiing, kiteboarding, and canyoneering in her spare time. She lives in Salt Lake City with her golden retriever, Kicker.